Yesterday was an emotional day for Canada.

I picked my son up from his high-school co-op placement at 11:30 in Ottawa’s Byward Market, where, the day before yesterday, we were in lockdown as the evil jihadi (I’m not going to give him the courtesy of naming him)  went on his murderous rampage.

For the record:  the shooter’s father appears to be a  rebel fighter in Libya whom the shooter idealized and he himself was trying to make his way to IS/ISIS/ISIL – but was having a spot of trouble getting his Canadian passport.  And his email address has been found on the computer of an individual currently charged with terrorism in Canada…

The shooter himself was a devout Muslim – so devout, in fact, that he found the Mosque in BC which he was attending to be too ‘inclusive’ and demanded of its Imam to deliver more ‘radical’ sermons.  The good Imam not only did not give in, but kicked the jihadi out of the Mosque for ever.

Now that is the kind of Imam we need in Canada!!!

While in Ottawa, the shooter was homeless and staying at the Mission, where he kept trying to make the other guests there pray 5 times a day…which seems a clear indication that he was not satisfied with simply practicing his religion but that he was attempting to impose Sharia on others, Muslims and non-Muslims alike.

But, enough about this evil creature – today was not about him.

Byward Market is the oldest corner of Ottawa – and teaming with life.  While there, I picked up a bouquet of red roses and white lilies.  With my son, we drove to the War Memorial, parked by the CNN trucks, and walked to the memorial.

The whole area around the monument was filled with people, standing somberly, some on one knee, some sitting on the benches at the perimeter of the monument.  The colours that dominated the crowd were red, black and white and many people were wearing red poppies.  A few people wore military dress uniforms – even though the spots where the honour guard usually stands were glaringly vacant.

The Tomb of the Unknown Soldier

There was such a profound silence at the memorial that it felt as if any sound would instantly be sucked out of existence.

We had to thread out way through the crowd to walk up to the Tomb of the Unknown Soldier where my son laid the flowers we brought – among the other flowers, wreaths, pictures, notes and even little dog plushies (Cpl. Nathatn Cirillo was a dog lover).

It is impossible to find words to describe the atmosphere there.  Sadness, thankfulness, and anger, perhaps:  but whatever it was, it was so intense it was palpable.

We hurried back to our car, as my son had very little time to make it back to school before his afternoon classes started, but neither of us spoke much for the rest of the ride.

After dropping him off, I went home to pick up my little Canadian flag and I headed straight to the Hunt Club street overpass over Highway 416, as this was the route of Cpl. Nathan Cirillo’s last journey…

By the time I got there, there were already quite a few people there – some of my neighbours, many strangers – and the ever-present media.

One man I spoke to said he was there for two reasons:  to show respect for Cpl. Cirillo, and for Canada.  He was angry – said it took a t to make him angry, but, in his words, ‘enough is enough’!

Over the next hour or so, people kept coming and coming.  And not just to stand at the overpass and all along the onramp the funeral procession was to take from Hunt Club onto the 416, the ‘Highway of Heroes’ – but cars parked along the shoulders in both directions along the 416, bumper to bumper, as far as the eye could see.

On the Hunt Club overpass itself, there were men and women of all ages.  And children.  And dogs.  And all were solemn…  Firetrucks with firefighters, cops lined up outside their cars…

When the funeral procession approached, all stood with their hats off, some saluting, some with right hand over their harts, many with tears streaming down their faces.

After they crossed the bridge, we all rushed to the railing to watch as  they reappeared in the curve of the on-ramp.  When I saw them coming, very softly, I started singing ‘Oh, Canada’.  Much to my surprise, the man on my left joined in, then the lady on my right….and pretty soon, our anthem thundered up and down the bridge.   We were not quite in sync, and many of us (me especially) sang a bit out of tune, but our voices grew strong and, Cpl. Cirillo’s car passed under us just as we sang ‘We stand on guard for thee!”

And we will:  we WILL stand on guard for thee! 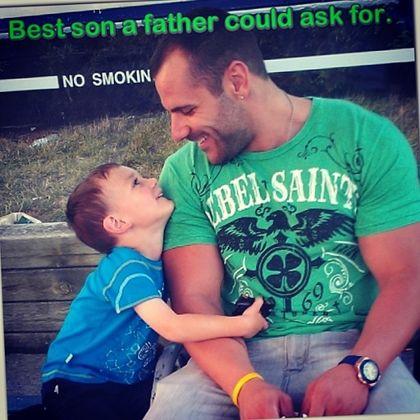 One Response to “Paying our respects to Cpl. Nathan Cirillo”